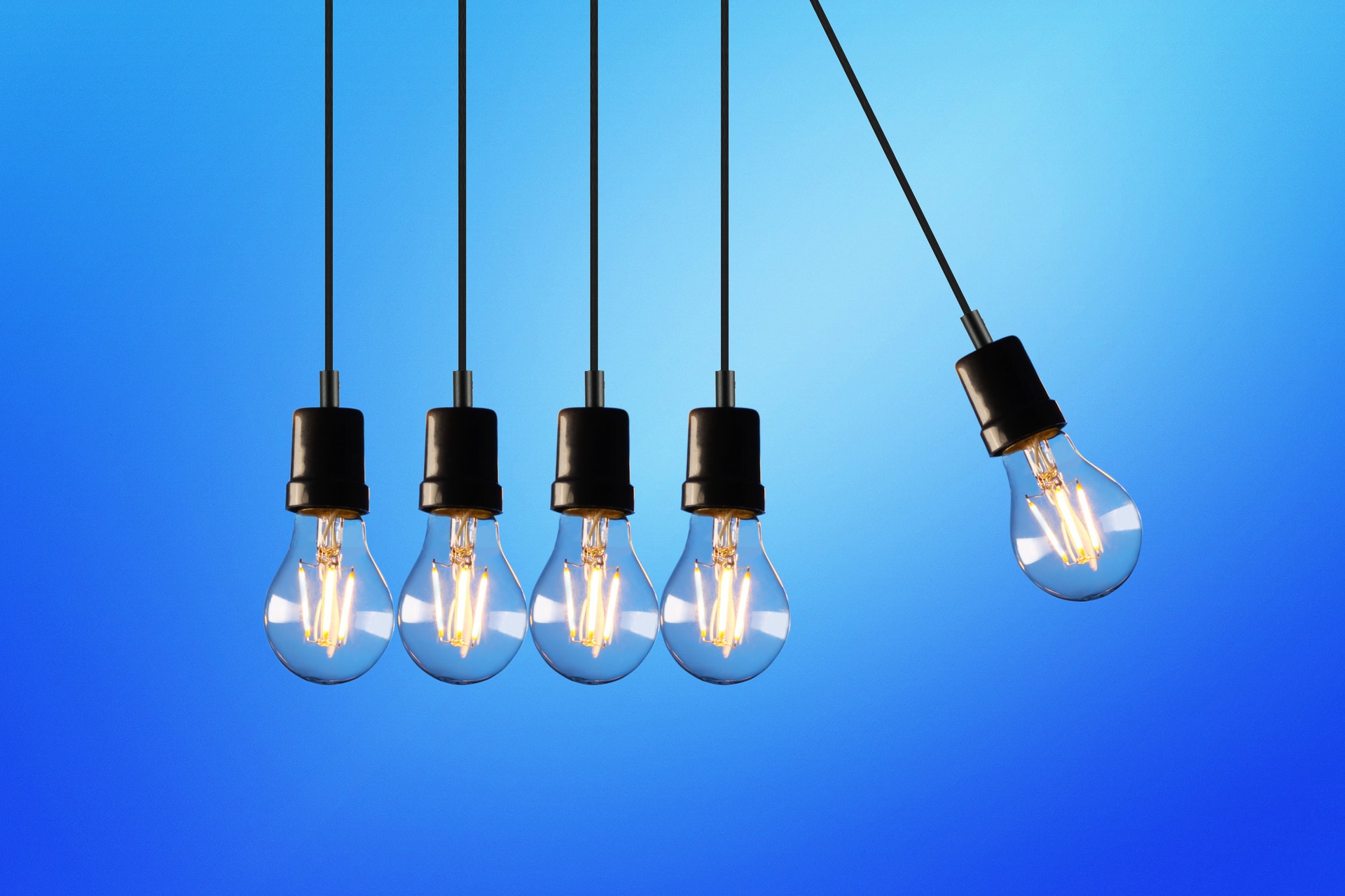 Easily understand the difference between Private Blockchain and Public Blockchain

In previous episodes, we have discussed the 3 main advantages of the Blockchain: traceability, security and how it simplifies, facilitates and reduces transaction costs.

In reality, Blockchain networks can be distinguished:

NB: The open character of the Public Blockchain does not mean that everything is clearly visible (and therefore who everyone can read it). Indeed, since the Blockchain has a high level of encryption (i.e. information on transactions represented by a long-range of unreadable numbers and characters), the registry is simply readable by stakeholders or those who are “permitted”, meaning those who are authorised to recognise the transactions.

Also, regarding the IT infrastructure, the difference between private and public blockchain does not necessarily lead to a change in the code used to create these two types of networks. The only element that varies is the access to this code:

In more detail, this accessibility is offered to those who own or can access the nodes that make up the network: In Public Blockchain, it is simple to connect to a node while in Private Blockchain the nodes are reserved for members of a consortium*.

In addition, each of these two structures has very distinct advantages and disadvantages that we will analyse below:

Advantages of the Private Blockchain

Speed: Private Blockchains can process many more transactions per second than public Blockchains. Indeed, access is limited to a certain number of participants, which mechanically makes it possible to reach a consensus much more quickly on the network thanks to a lower probability of congestion*.

In addition, it is possible to simply switch from a Proof of Work* (PoW) consensus algorithm to a Proof of Authority* (PoA), and it is not too easy to apply this switch on a Public Blockchain.

Evolution: Unlike a decentralised system where consensus-building could take time, decision-making in a private network is more centralised (because the number of nodes is much less important than for a Public Blockchain) and therefore much faster.

Disadvantages of the private Blockchain

A need for trust: In contrast of the Public Blockchain, which does not require you to trust anyone (since the network is open to the public), the integrity of the private Blockchain’s network depends on the credibility of the authorised nodes, since it is necessary to trust their holders who are supposed to verify and validate the transactions themselves. As a result, the validity of documents cannot be independently verified. Actors outside the Blockchain must, therefore, trust it when they have no possibility of control over the verification of the data transferred there.

Security: With fewer nodes, it is much easier for a hacker to take control of the network and manipulate the data on it.

Centralisation: The private network must be built and maintained by a company or consortium of industry players, including maintaining a complex identity and access management system for users. This often leads to centralisation, and that is we are supposed to avoid with the Blockchain!

Advantages of the Public Blockchain

No need for trust: The objective is to eliminate intermediaries in any form and, more importantly, to eliminate the need for trust that business actors must place in them for the smooth running of their operations. Public Blockchain is also very promising in this area.

Secure: The more decentralisation and active participation are important, the more secure the Blockchain will be. In other words, the more nodes there are in the network, the more difficult it will be for hackers to attack the network. In a public network, anyone can participate in the maintenance of a node and/or be a full minor and contribute to the security of the system. It is almost impossible for hackers to get along and work together to take control of the consensus network.

Open and transparent: All transaction data are publicly available for verification. The transparency of a Public Blockchain is perhaps a major feature that promises a wide range of use cases, from voting to financial transactions. In addition, anyone can check the validity of transactions and recorded data.

Disadvantages of the Public Blockchain

Slow: It is not surprising that public Blockchains are extremely slow. For example, Bitcoin can process 7 TPS (Transactions per second) when Ethereum can process 15 TPS.

On the contrary, a centralised payment processor such as Visa can execute more than 20,000 payments. A Public Blockchain is slow because it takes time for the entire network to reach consensus on the status of transactions, through mechanisms such as the Proof of Work of Bitcoins. There are also limits on the number of transactions that can enter a block and the time required to process transactions within that block.

However, various technologies and innovations are designed and implemented to significantly improve the adaptation of Blockchains:

- For example, the Lightning Network where you can find information on the following link: https://cryptoactu.com/bitcoin-lightning-network/;

- Or innovations on consensus in Public Blockchain such as Tezos that could theoretically go up to 30,000 TPS. So far, has been proven 6000 transactions per block, 1 block = 1min, this gives us 100 TPS. The evolutionary character of Tezos shows that this is only a beginning and that this figure will soon be brought to evolve.

Energy consumption: Bitcoin’s consensus algorithm, the Proof of Work, uses a significant amount of electrical resources to operate, which has raised environmental concerns. Indeed, Blockchain Bitcoin consumes as much electricity as Ireland, or as much as 5% of the world’s energy consumption used to manufacture Aluminium. It is to address this problem that many other consensus mechanisms have emerged, much less energy consuming, such as the Proof of Stake* (PoS), the Delegated Proof of Stake* (DPoS) or the Proof of Authority mentioned above. Everything depending on the case study (improving the number of transactions per second? Validate a transaction by a vote? etc).

Focus on the Ethereum public Blockchain:

The most famous public Blockchain is the Bitcoin Blockchain. However, the Blockchain Ethereum* is also a widely used network, which Equisafe currently uses. We use a’’permission’’ level: In a financial business case analysis, we want to ensure a certain level of audit while allowing access to the ecosystem only to authenticated persons and therefore authorised to hold financial securities. In doing so, we are able to make the most of the public and private Blockchain. As for scalability issues (number of TPS), our focus being on the market for financial securities called ‘’private financial securities’’, there is no need to do high frequency trading. That being said, we are studying other Blockchains to replicate our infrastructure for ever more demanding requests in terms of the number of TPS required.

With regard to the functioning of Ethereum, the network participants do not simply validate monetary transactions as on the Bitcoin Blockchain. They execute code, a code that allows the implementation of smart contracts that are at the heart of Ethereum’s potential. Any type of transaction or application is therefore possible on this Public Blockchain.

In addition, Ethereum operates with a cryptocurrency* (a virtual currency created and exchanged on a Blockchain network), the Ether*, which has a particular function: pay minors who develop, execute and monitor the proper functioning of smart contracts. It is therefore essential for companies wishing to create applications or services via the Blockchain to buy Ether for smart contracts to work. This purchase is made either by credit card (for example on Coinhouse), or on an internet platform (such as Kraken or CoinBase).

It is not easy to understand the difference between the Blockchain and cryptocurrencies at the first time. The confusion comes from two things in particular:

-The Blockchain and the Bitcoin were launched at the same time;

-As mentioned above, the best-known Public Blockchain is called’’Bitcoin’’ (represented with a capital letter’’B’’’), the bitcoin itself being a cryptocurrency (represented by a letter ‘’b’’).

And that’s the problem, a Blockchain and a cryptocurrency are certainly two different things, but that doesn’t mean they don’t interact with each other! We can explain this interdependence by comparing an application (for example Uber or Whatsapp), and the platform on which the application is running (IOS or Android). Here, the Blockchain can be assimilated to the platform and the crypto currency to an application that runs on this Blockchain platform.

NB: Unlike a public Blockchain, a private Blockchain does not require the use of cryptocurrencies.

In addition, you will find below a summary of all the advantages of the Blockchain mentioned in the previous articles!

Review of the benefits of Blockchain technology

- Traceability (Through the block addition system, the history of all transactions is kept) at https://medium.com/@Equisafe/la-blockchain-lavènement-d-a-better- traceability-956d935f367d

- Secure (51% attack protection due to decentralization and the very high computing power of the Blockchain; transactions recorded in the blocks are not modifiable and cannot be deleted) at https://medium.com/@Equisafe/la-blockchain-an-decentralized-system-for-an-improved-security-5b6d436db6da

- Simplification and reduction of transaction costs (smart contracts to save time and standardize KYC/AML procedures).

Consortium: A private Blockchain is shared between different actors with an interest in collaborating together. For example, these consortiums are composed of different member organizations within the same industry.

Congestion: If the number of transactions is too high on the Blockchain, the processing speed of these transactions will be significantly reduced.

Proof of Work (PoW): This is the first consensus algorithm that has been developed in a Blockchain network.

In informatics, a consensus algorithm is a process used to ensure the reliability of the data recorded in the nodes of this network. More precisely, a decentralized registry groups all transactions into blocks to create a history. However, care must be taken to confirm each transaction and to assign blocks to nodes by miners, which is possible with PoW and therefore at the same time to prove transactions easily and quickly.

Proof of Authority (PoA): The operation is as follows: one or more entities are responsible for generating each new block of transactions that will be included in the Blockchain. The new block can be accepted either directly without verification, or by unanimity of the generators of the block, or simply by a majority depending on the configuration chosen for the Blockchain.

Proof of Stack (PoS): This consensus requires the user to prove possession a certain amount of cryptocurrencies (their “participation”) to claim to have a control on the validation of additional blocks in the Blockchain

Delegated Proof of Stake (DPoS): This consensus establishes a voting system in which platform users will have to vote for representatives to validate the blocks for them. Users’ voting rights are proportional to the amount of cryptocurrencies they hold.